The Paulding County Patriots hosted the Carrollton Trojans at Dave Hardin Stadium for their final home game of the season last Friday night. The Trojans cruised to a 56-0 victory in their quest to garner the #2 seed in region 7(5A} which is currently a logjam with East Paulding, Kell, and Carrollton all tied at 5-2 in region play with one game remaining.
The Seniors on the team were honored and thanked for their contribution to Paulding County High School Athletics, Although this has been a difficult season this class contributed to the success of the 2017 team that made the playoffs for the first time since 2007. 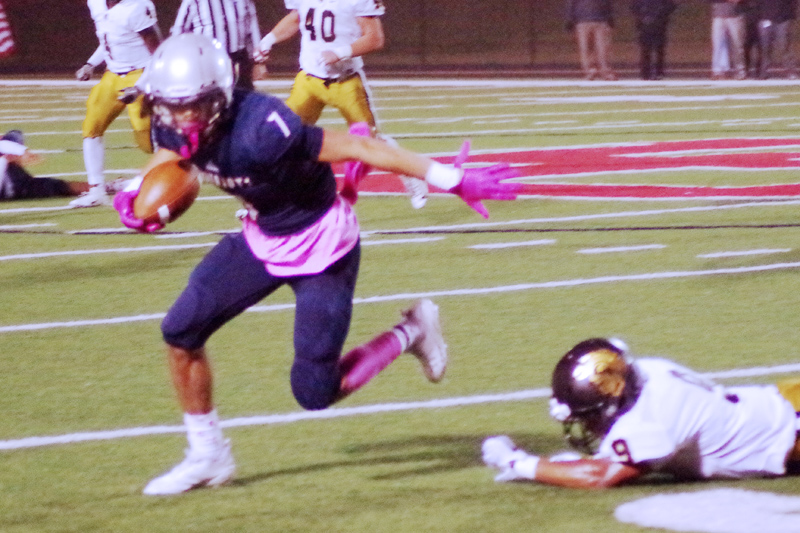 Patriot wideout Jaylen Dukes avoids a Trojan after a completed pass. The Patriots close out their season Friday night in White Georgia as they travel to Cass. 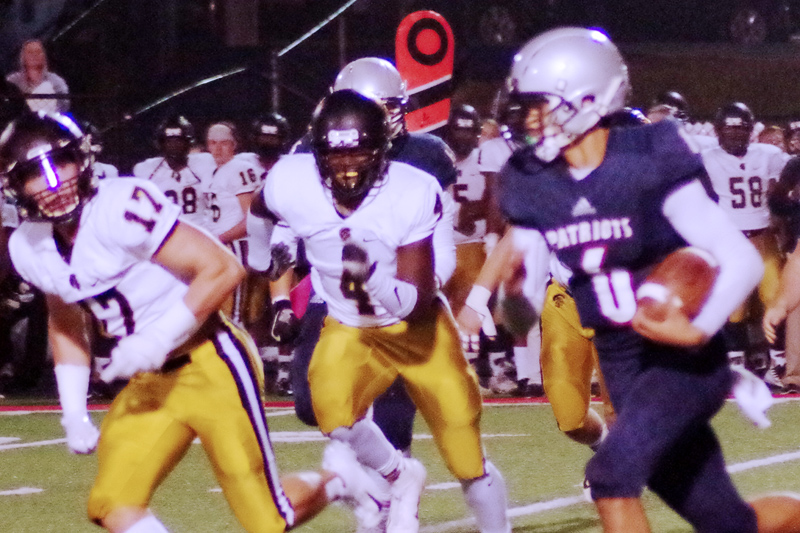 Patriot QB Hunter Jennings gets to edge against a tough Trojan defense.