The North Paulding boys basketball team lost their first-round game in the state playoffs to a gritty Pebblebrook squad from Mableton by a score of 57 to 53. The Wolfpack fought hard and jumped out to an early lead and led 18 to 12 after the 1st quarter. However, the Falcons tightened up the defense in the 2nd period limiting the Pack to just 5 points and took a 26 to 23 lead into the locker room. The 2nd half was a back and forth struggle with the Pack taking the lead back a few times only to have the tenacious Falcons reclaim it from them and were able to keep it for good until the final buzzer sounded.
Despite the loss, it is necessary to pass along accolades to the coaches and players as they won more games in the history of the school and made their first trip to the state playoffs. Congratulations on a great year to the players and coaches and continued success in the future. 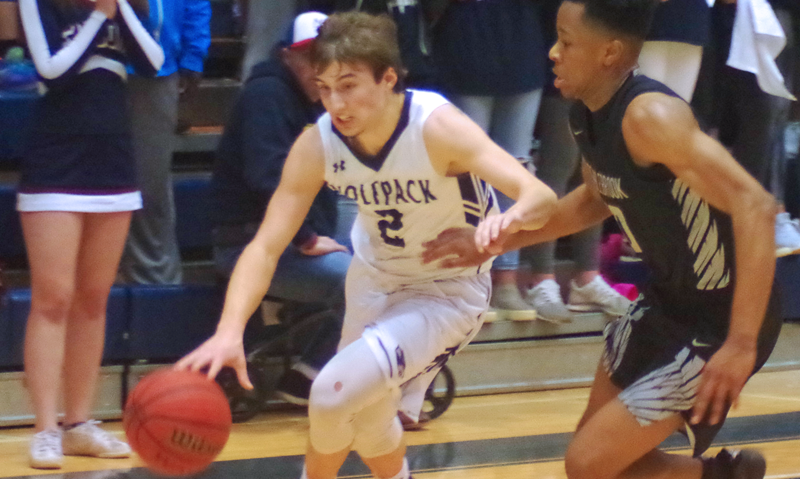 Wolfpack Senior Kevin Wirth drives to the bucket against Pebblebrook. Wirth led the Pack netting 21 points in the loss. 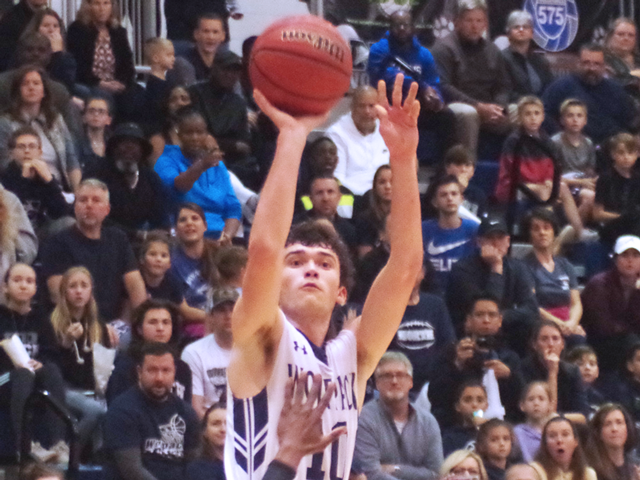 Pack point guard Cameron Cherry scores 2 of his 13 points in the schools first ever playoff game for boys hoops.