First-half goals by the team's second-leading scorer, freshman Lauren Gramling, and Kimberlyn Black were not enough to hold the lead and the girl's Soccer team at East Paulding found themselves down late in the game to an opportunistic Cass squad on the pitch Wednesday afternoon. Cass jumped on East in the second half and twice earned a one-goal advantage. This seemed to set a fire in East's Senior Captain Lauren Bergevine who took over and wouldn't let the Lady Raiders be denied. In perhaps her finest career outing, Bergevine scored 3 second-half goals including two goals in the final 6 minutes to secure a 5-4 East victory over Cass. During her second-half goal spree, she also rang two hard blasts off the goal posts - Cass seemed powerless to contain her. The normally humble Bergevine even seemed to appreciate her own effort, jumping with joy and punching her fist in the air when she netted the tying goal on a long direct kick with 6 minutes remaining. East's record now stands at 4-4-1. (Photo Credits: Russ Bergevine) 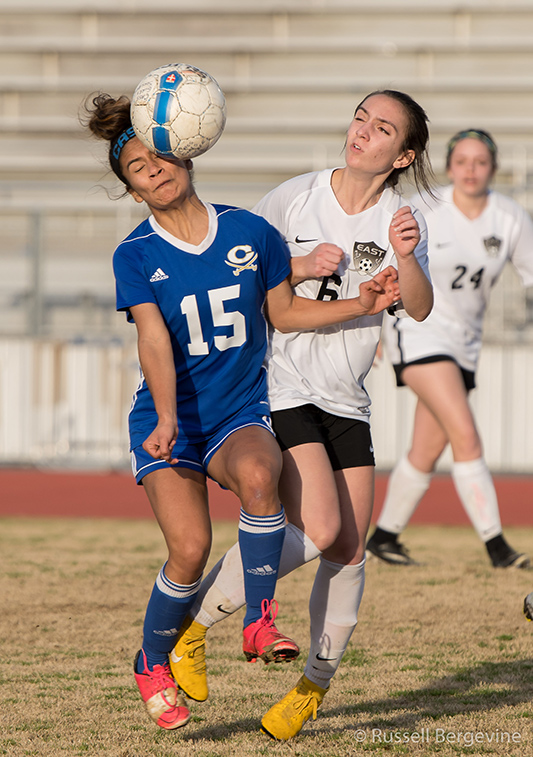 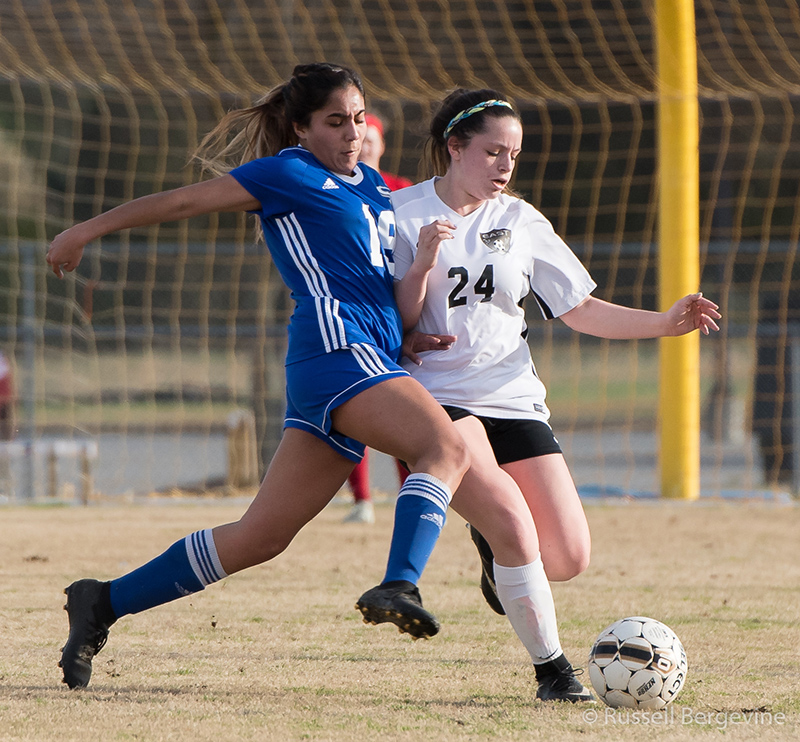 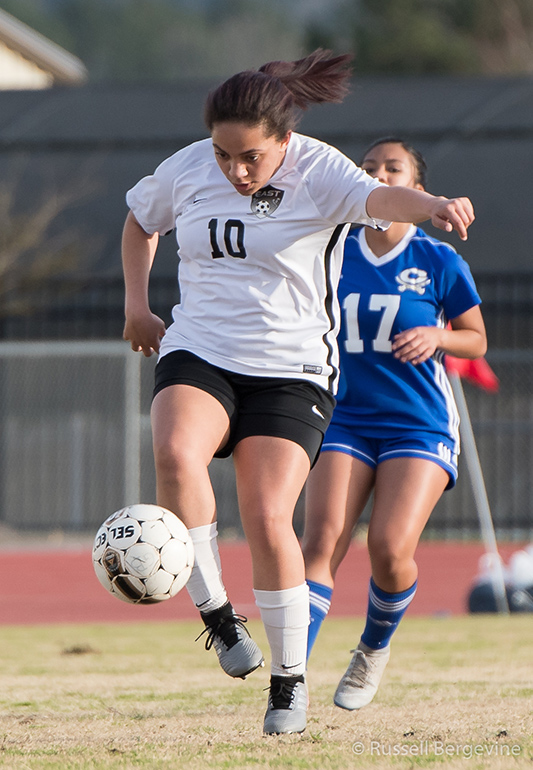 O-O-Olivia ! A future leader of EP girls soccer, Olivia Glover (10) controls the ball for East in the 5-4 victory at Cass. Glover, a freshman, has consistently been a bright, young spark for East with solid, aggressive play. 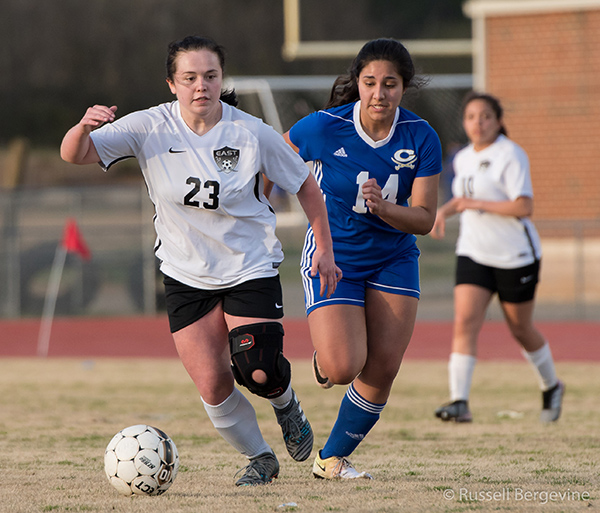 Barnett is back! Senior Mackenzie Barnett (23) makes her senior debut against Cass after rehabbing from ACL surgery. Barnett eased into the offensive flow in the second half, showing the ball striking skills she is known for. 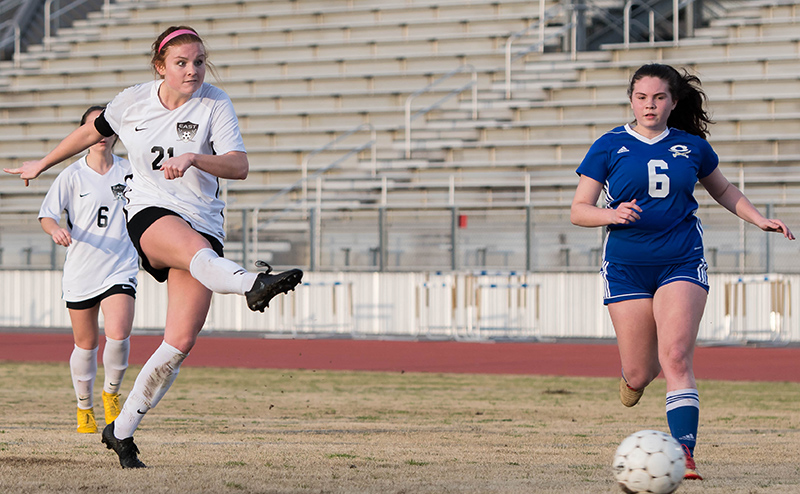 Game winner. Lauren Bergevine (21) nets her third goal of the match with only two minutes to play, helping secure the victory for East.