East Paulding Girls Soccer team notched it's third consecutive shutout and defeated Woodland 3-0 on Friday. Skilled, speedy, and tough, freshman Ella Mitchell has been a difference maker for East this year. She joins All-Region teammate, Morgan Gramling and Catherine Basch on the back-line defending the goal for the Raiders, who have only given up 14 goals in 12 games this season.
The East offense continues to produce. At Woodland, Senior Lauren Bergevine started the scoring with a blast from the top of the penalty box late in the first half. Talented newcomer Lauren Gramling notched the Raider's second goal, continuing her season-long scoring touch. Late in the match, yeoman forward Hannah Landry outworked a Woodland defender and served a beautiful ball to Kimberlyn Black in front of the net where Black knocked it past the Woodland goalkeeper to cap the scoring for East. The Raiders are now 7-4-1 on the season and 4-2 in Region play. (Photos: Russ Bergevine) 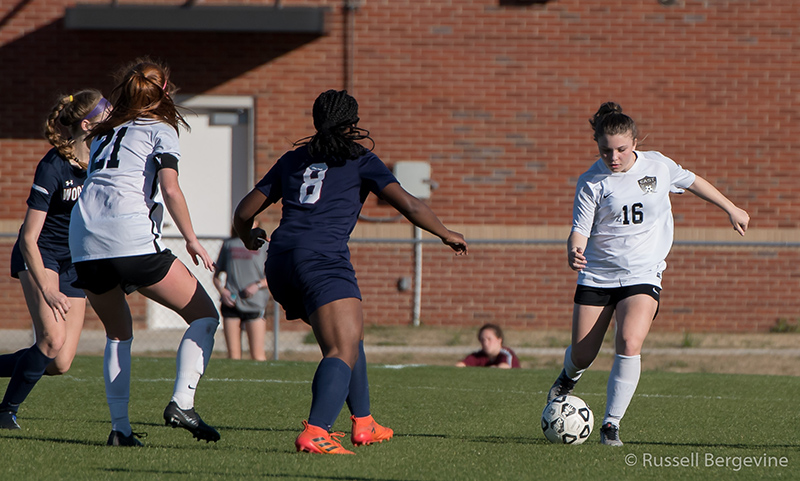 Defense Day. EP freshman Ella Mitchell (16) controls the ball and moves out of the defensive end, helping secure the shutout for East. 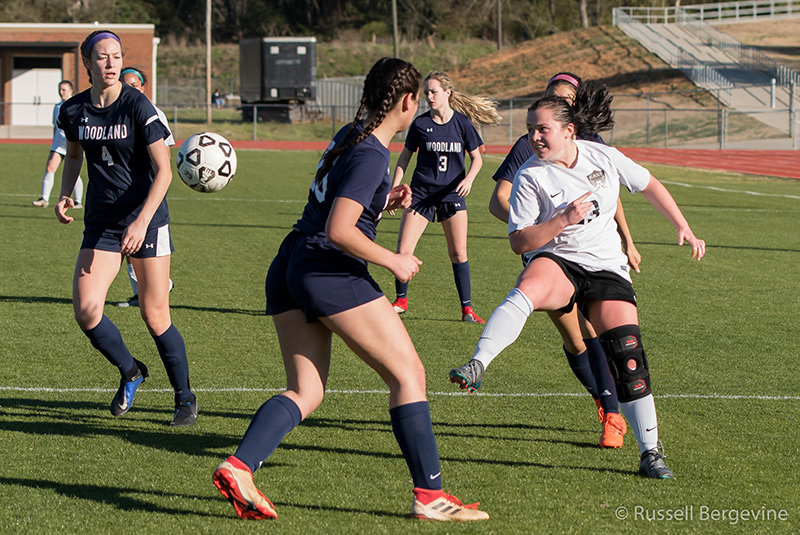 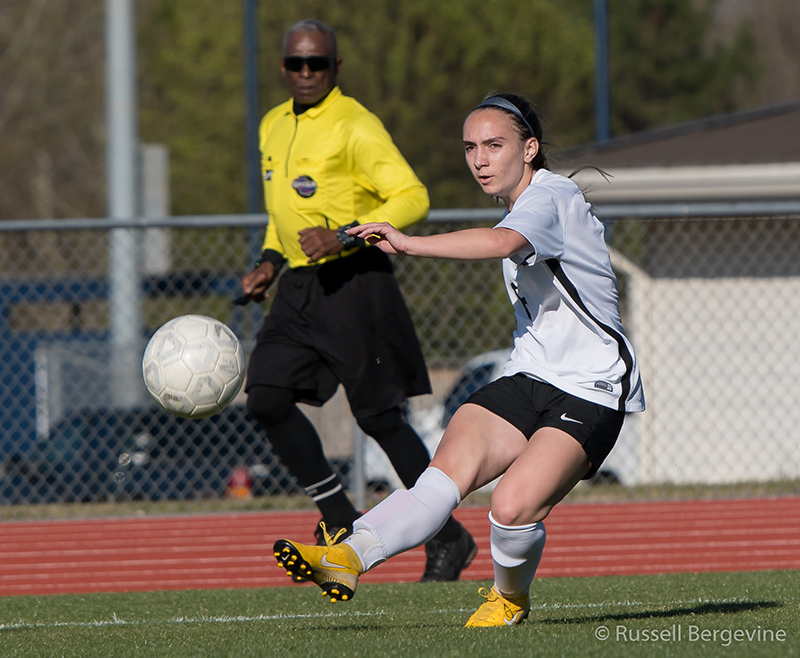 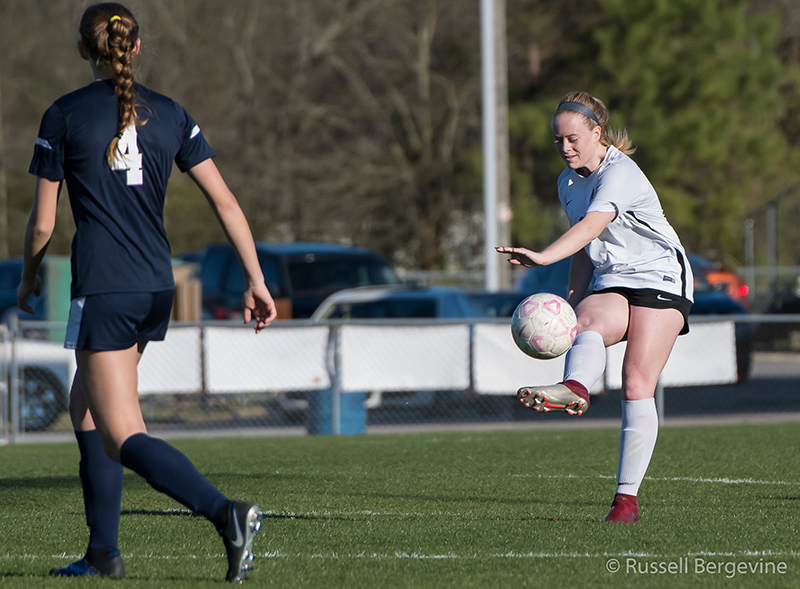 Defensive leader. From her center-back position, Lady Raider Morgan Gramling boots the ball far from the East goal and away from danger.