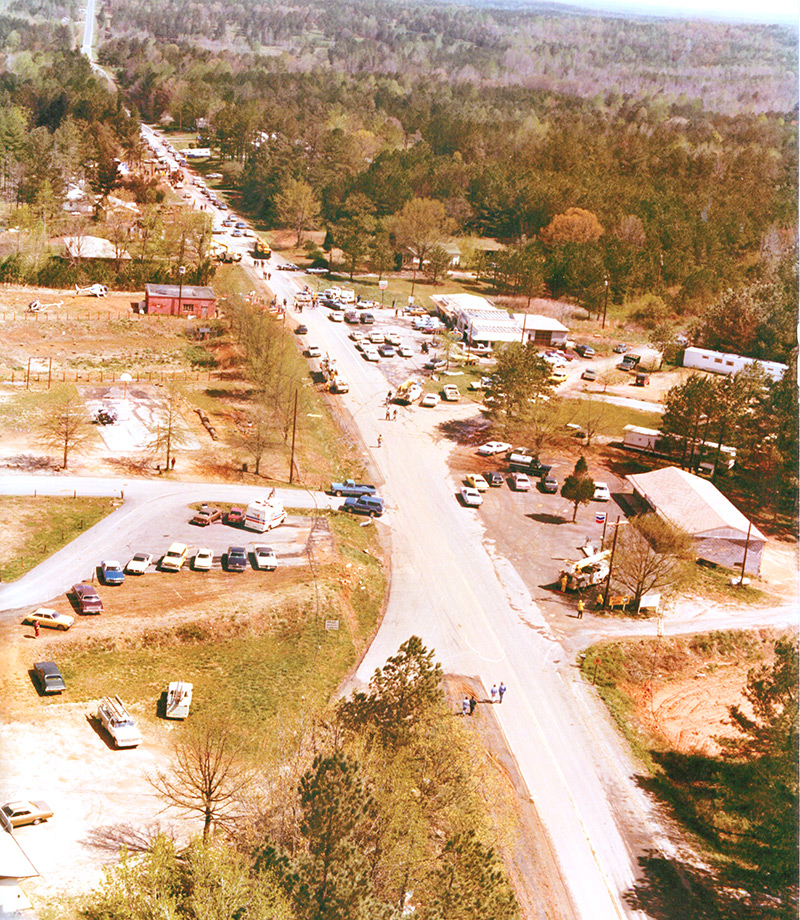 Longtime Dallas City Council member, Mr. Henson introduced our guest speaker, Mrs. Cherry Waddell. Mr. Henson recounted that he first met Mrs. Waddell in 1965 as he was a teacher and she a student at that time. Mrs. Waddell went on to get her college degree and then became an insurance agent in addition to starting a family. Eventually, she joined Mr. Henson again this time as a colleague working at the Regional Detention Center. She continued there until accepting the position of Paulding County Library Services Coordinator, which she now holds.
Mrs. Waddell took the podium and thanked the Rotary club and its members for the opportunity to speak. Mrs. Waddell gave her presentation noting the upcoming 40 year anniversary of the New Hope plane crash disaster of 1977. Her presentation was very thorough as she moved through the PowerPoint presentation. She recounted the events in a compelling narrative that outlined the day and its events. With photographs as visual reference, Mrs. Waddell explained that flight 242 was a DC-9, a Southern Airways flight. The plane regularly completed daily rounds from Huntsville Alabama to Atlanta and back. On this particular day, it was on its third round trip. She explained how the pilot and copilot would rotate the actual piloting of the aircraft as they repeated their circuit throughout the course of the day. There were multiple errors that contributed to this crash. Due to mechanical issues and reported lightning strike to the engines, the plane lost all trust as the rain and hail slowed the plane further completely robbing it of all power. The fact that anyone survived is a testament to the pilot's efforts and skill.
The pilots were unaware that there was a severe storm brewing in their path. In addition to the storm, mechanical errors occurred with the plane shortly after takeoff. Although the storm was noted, and air traffic control instructed the pilots to check in (dial-up for a weather report), neither pilot was aware of the storm as their request for information on the storm went unanswered. After they had requested and waited for a response on the weather conditions, the pilots ultimately took off, as no further information was forthcoming. The mechanical problems that occurred post takeoff and the severity of the storm was more than a match for the plane as it lost two of its engines. The pilots worked to put the plane down safely on the highway running through New Hope. Had it not been for one wing clipping a telephone pole, they might have been successful. However, this caused the plane to skid out of control and tumble down the street. The crash ended as the plane ignited the gas pumps of the local grocery store where it came to rest. Though the crash was a terrible disaster, resulting in the airplanes' near disintegration, it could have been much worse as many houses on this stretch of road were missed. Sixty-one people from flight 242 died and 9 more fatalities were those of people on the ground. Seven of whom were family members, including their small children, in a single car. Miraculously some passengers survived this crash. Due to the grace of God, and the best efforts of the pilots 21 people walked away from an unrecognizable plane and a fiery crash. 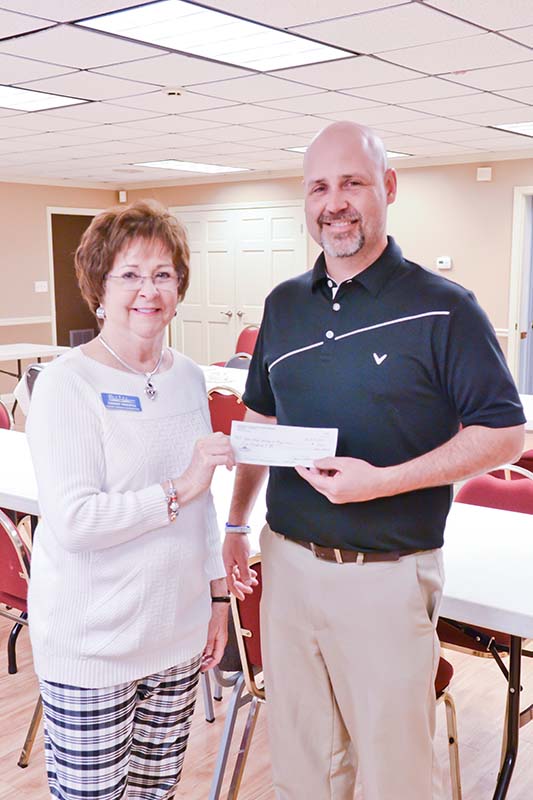 Mrs. Waddell lost her great aunt that day. Survivors and local witnesses to the crash of flight 242, find it impossible to forget the traumatic terror of that day. Many of the survivors and witnesses lives' were completely changed on that day. Initially, it was agreed upon to have a ceremony, but this soon gave way to a more permanent plan to commemorate the tragedy. A committee was formed and 10 years ago at the 30th anniversary, dedicated to the historical preservation of this incident. They were incorporated in 2007 and achieve their 501(c)3 status in 2009. This non-profit's stated goals are to establish annual reunions for the survivors and provide a permanent monument on the small parcel of land on the edge of the New Hope Cemetery which was dedicated by the Paulding County government. A Georgia state historical marker was purchased commemorating the events of April 4, 1977. The nonprofit, New Hope Memorial Flight 242 Inc., is raising funds to erect the permanent monument. Survivors of this crash have benefited from the reunions and the memorial services. Some have been able to come to peace with the crash through this community effort. With the two goals of hosting annual memorial services and reunions for the survivors in addition to establishing a permanent monument, the nonprofit group is working to that end. This year, starting in January, BBQ Dudes and the New Hope Q Crew had a barbecue fundraiser at the replica of an 1800s western town of Ynot. This was followed by a gospel and jazz concert presented by Joy McBurrows in February. And just this month, March 2017, Jeff Cole performed an Elvis concert at the Paulding senior center. They have successfully raised $21,000. Though successful, they have a long way to go and will continue to rely on community support in this effort. The initial response from the community proves that this is a worthy cause and a part of our local history. The Rotary Club presented Mrs. Waddell with a contribution of $500 dollars toward their goal.